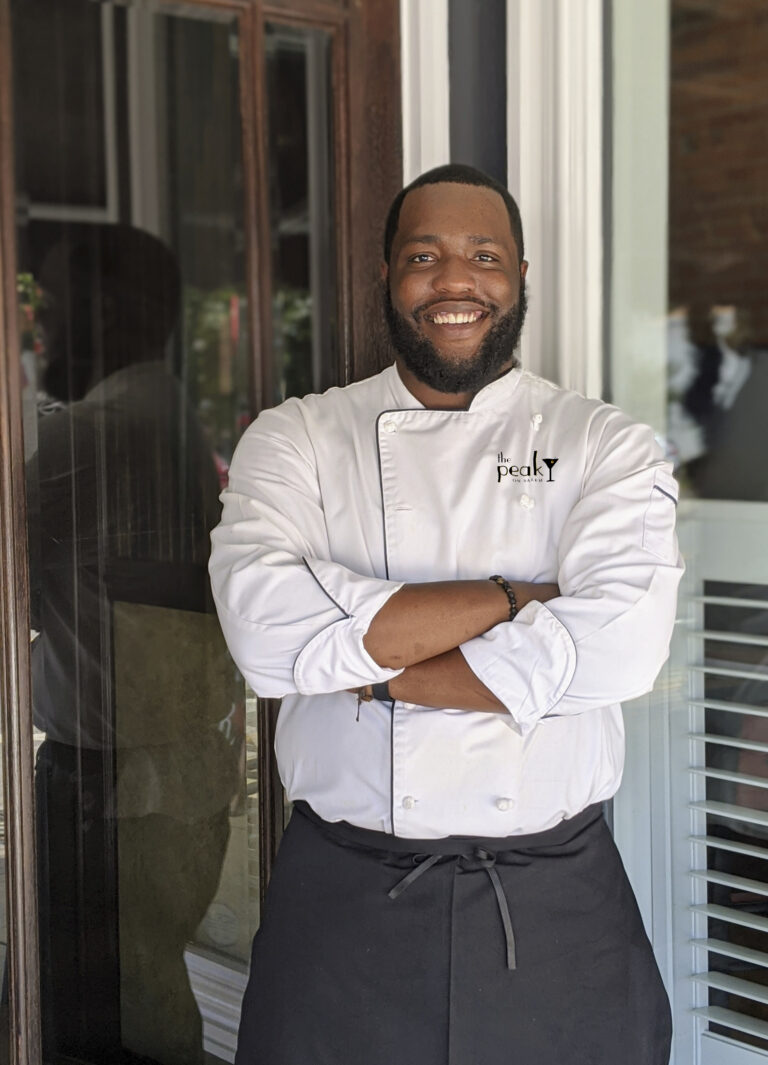 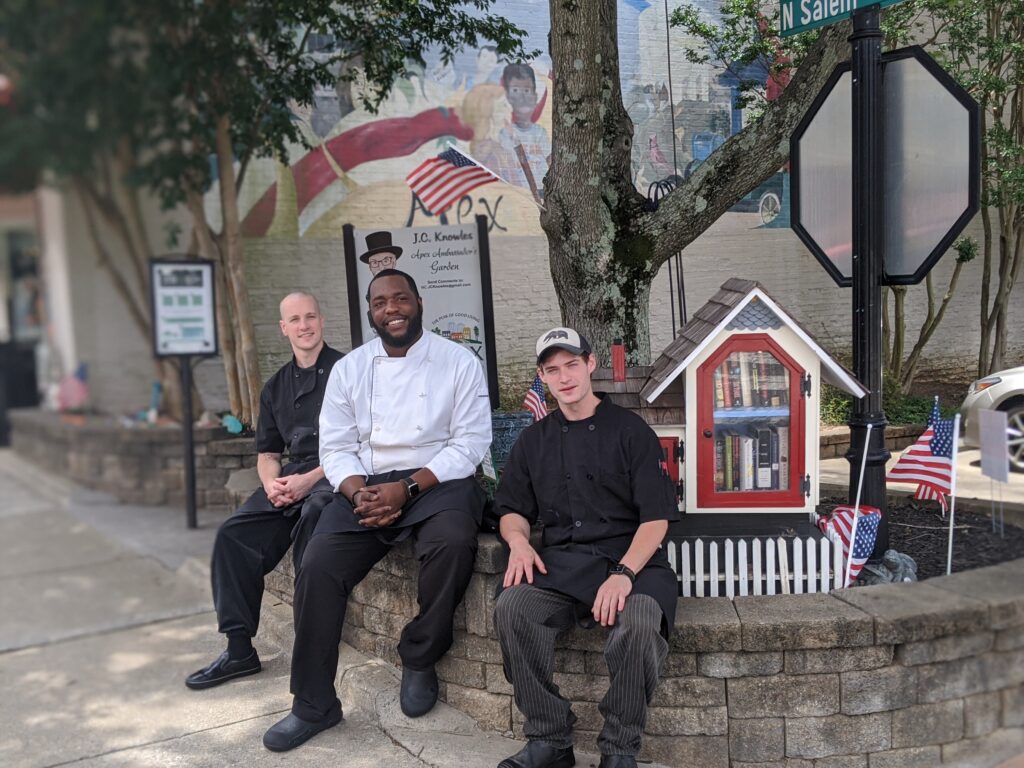 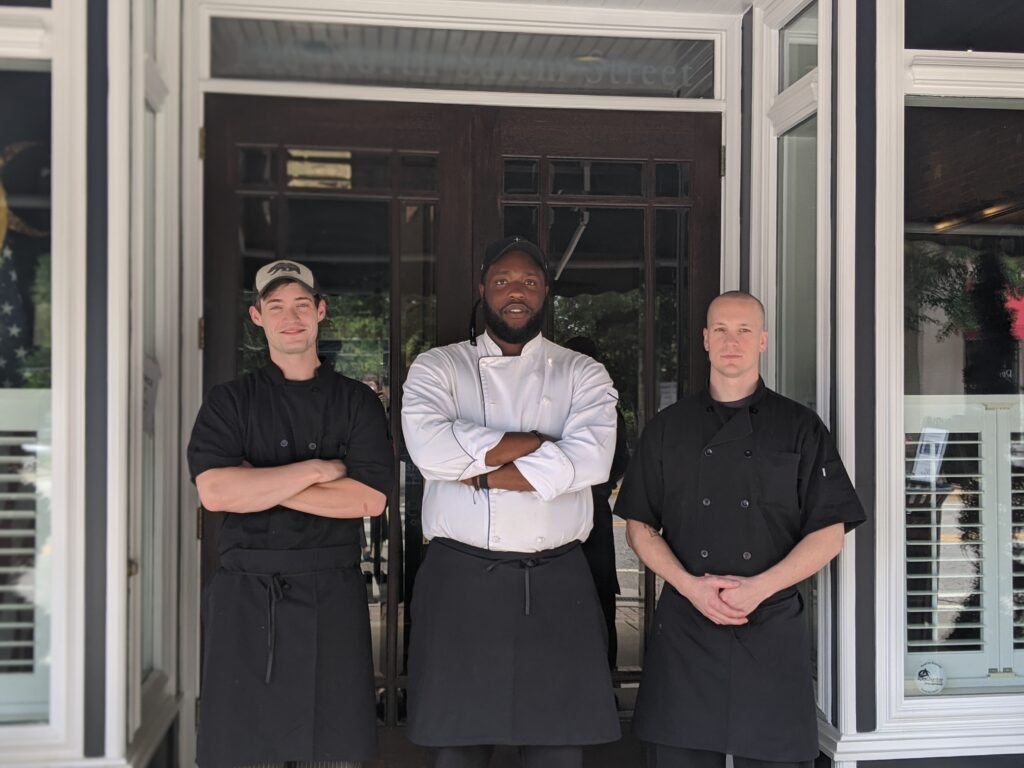 Please join us in welcoming our new Executive Chef –

“Southern food has always been a part of life, and cooking runs in my blood” says Chef Sedrick. His culinary interests started at a young age, as he watched his father, Melvin Bailey, own and operate Don Murray’s, a soul food restaurant in Raleigh, NC.  “I get my strong work ethic from my father, and my passion for cooking from my grandmother, Ernestine Corbin and mother , Tina Bailey”

Sedrick learned his kitchen skills form his various mentors throughout his time in the restaurant industry. At age 20 Sedrick worked at Gravy in downtown Raleigh, a job that taught him discipline, organization, and teamwork. From there, Sedrick obtained a position at Second Empire. He worked under a team of amazing chefs, that molded him into the chef he is today. “Ben Trenary took me under his wing, which fueled my fire to one day become an executive chef. The most important thing he taught me was integrity in the kitchen, and that consistency defines success.” Having the passion for cooking was not enough though, to one day reach his goal he knew he needed to learn the logistically side of a restaurant. “I credit Anderson Profit for teaching me how to keep organized and remain calm under pressure, and Daniel Schurr for showing me how to effectively run a kitchen team and allowing me room to be creative.”

Now, as executive chef of The Peak on Salem, Sedrick is releasing his cooking talents on the town of Apex.

“It is a real dream come true to be able to work in this historic building that I have grown up seeing. I absolutely love this town and can’t wait to make my mark on it”

Following suit from Second Empire, Sedrick implements a zero waste policy, ensuring no item goes unused. Sedrick aspires to leave a legacy for his nine month old son, Rylan Corbin-Bailey, by setting the example that anyone can do anything they set their minds on. Success can be defined by Sedrick as bringing people together with good food at a small, locally family owned business. Local flare from Holly Springs is evident in every dish that comes out of the kitchen but especially in his home style stone ground sweet potato smoked gouda grits included in his shrimp and grits. As a child Sedrick strongly disliked grits, which led to his exploration of southern cuisine. Sedrick knew that in making a southern menu he had- to get over his dislike of grits. Using his knowledge of cusine, he came up with a recipe that not only he enjoys- but everyone who taste his grits are in the same boat. Sedrick brought flare to a staple dish in the southern field of cooking. Outside of the kitchen, Sedrick enjoys the relaxing nature of fishing. With the company of his brother, he finds the peace to meditate on life and time to reflect on his weekly operations. He enjoys farm to plate cooking,  and takes pleasure in creating a dish from something he caught with his own hands.

“Life is what you make it….let’s make it delicious”